As is known, the circuit breaker is a protective device which determines the automatic disconnection of the power supply if it detects the passage of a current towards earth higher than a certain threshold. There are on the market various types of circuit breakers, which are different as a function of several parameters. One of the most important parameters is the “class”. This is related to its ability to detect certain waveforms of the currents. The breakers most used are class AC and class A. The class AC breakers are only sensitive to fault sinusoidal currents, while the circuit breakers Class A are sensitive to both sinusoidal currents and the “pulsating one way” current. The pulsating currents occur, for example, within implants containing electronic devices for rectifying the current, which can generate fault currents with pulsating waveform and with continuous components that the residual current circuit breakers type AC would not be able to recognize.

Italweber, besides the classical residual current circuit breakers class AC and A, now also offers RCD class B, made in accordance with IEC / EN 62423.

The type B device represent the ideal protection for the inverter used in elevators, in tooling machines, and to supply the motors pump in general.

The proposed range is complete, and includes circuit breakers Class B quadrupole with three levels of sensitivity differential (30mA, 100mA or 300mA), and rated current up to 63A.

There is also a similar range of residual current circuits breakers class B +. These last, instead of those of class B, are able to detect fault currents with frequencies up to 20kHz. 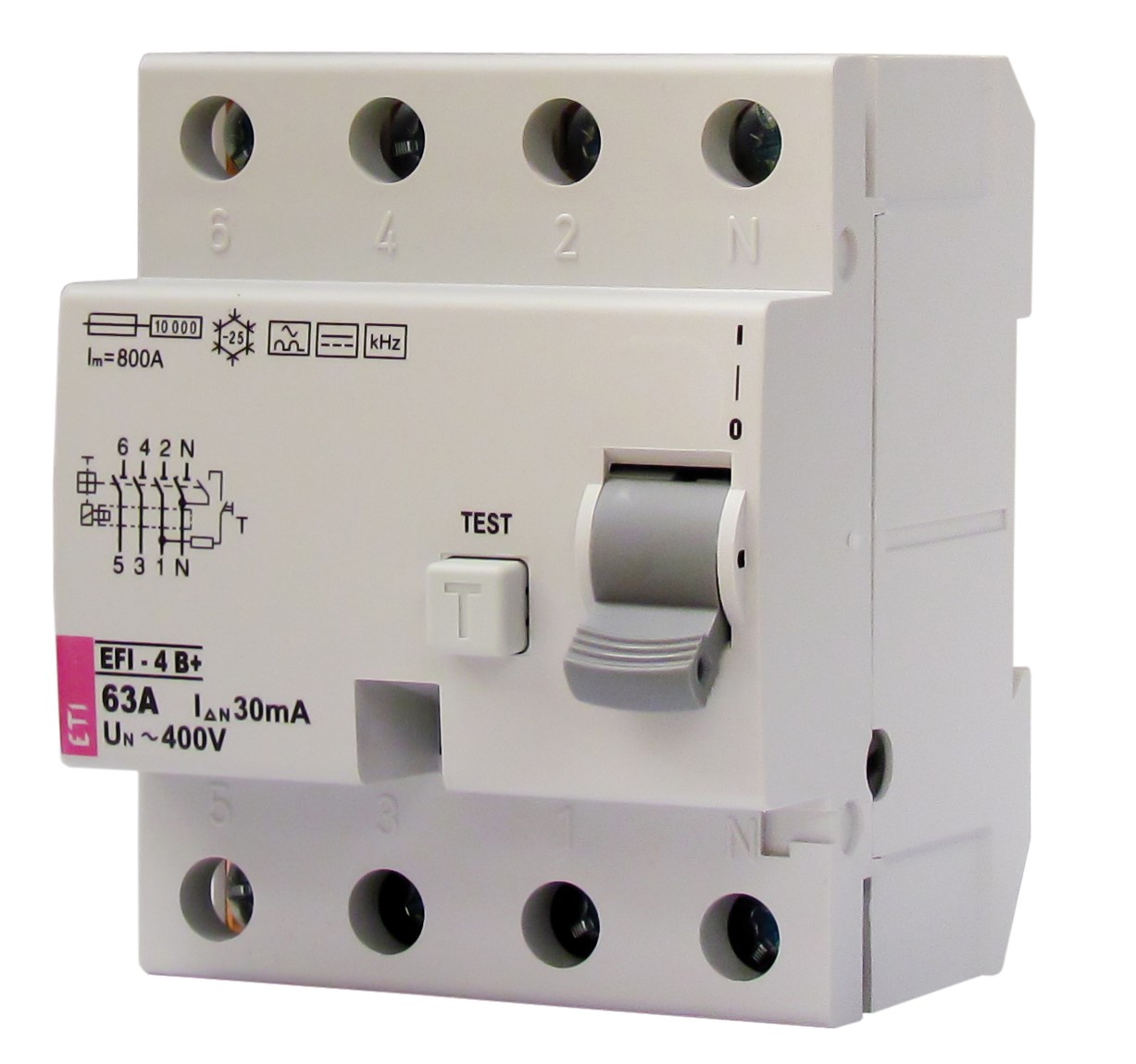 Prev Solutions
Next Solutions
We are at your service. Contact us for any information.